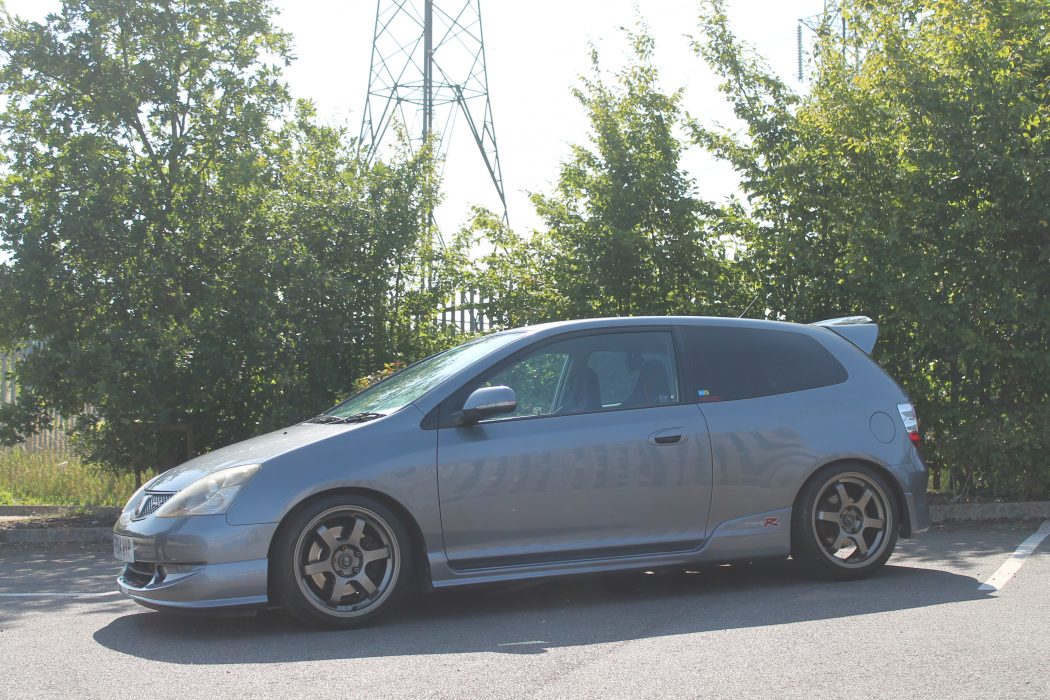 We spend a lot of time looking at other peoples cars from customers to competitors. Some we like, some we criticize. Our Jake (Betty), from the sales team, had an epiphany, “How can we talk positively or negatively about another car, without doing it to our own? This idea grew; we created ‘Workers Whips’. Each week, we will focus on a staff member’s car: where it started and where it’s going, you get the idea! So, we started with mine. The guys got together and threw me some questions… 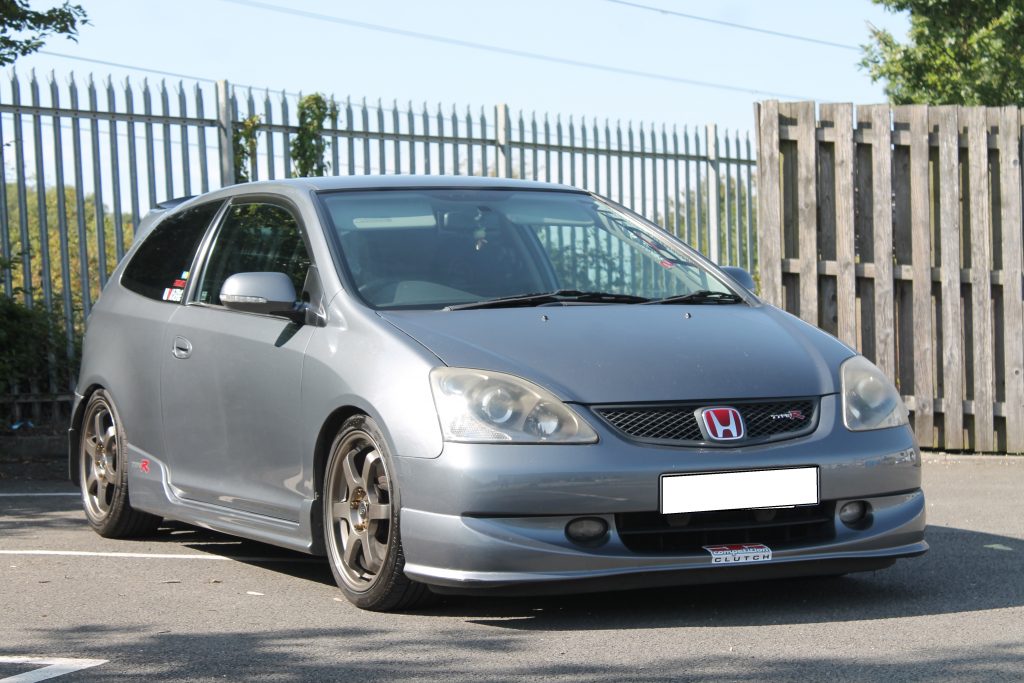 Why a Honda Civic?

To be honest, a lot of it came from just seeing modified cars around my home town. I remember being in the car with my parents when I was younger, late one night and seeing a small convoy of Civic scream past us, I had never heard anything like it before. I later learned they were EG’s and probably running the infamous spec 2 at around 9000 revs. This got me eager to own a Civic’s myself, however being a young teen, the only way I managed to get one was on Gran Turismo which only made my VTEC thirst worse!

This then stayed in the back of my mind until I was old enough to drive, by then EG’s and EK’s were getting old, finding one in a good condition, in a first car price bracket, without even considering insurance was blooming difficult. Then it happened, I bought myself a Civic. It was this gold EP2 1.6 but it was only a SOHC so the VTEC was well lacking; I mean, what’s the point of having a Civic without that VTEC kick? So, I saved up and at the age of 21, I bought my Type R, It felt like I was driving a super car I remember thinking, “How can anything be better than this?!”

What have you done to it and why?

Modding a Type R at 21 was difficult, insurance and running costs were enough let alone spending money on good modifcations, so it took me a little while to get moving.

I started with what every new driver started with, I went to Halfords and bought 6×9’s so I could get my music as loud as possible , I did it, I became a boy racer.

A little while after, I managed to get hold of a Kenwood touch-screen double din stereo, it did it all! We got it hooked up and the quality was unbeleivable, it certainly showed me that products with a bit more money behind them definitley make the difference, after seeing and hearing friends stereos, mine seemed a different class.

My next task was the engine bay, the rocker cover was off and painted Spoon yellow with a blue spark plug cover. My partner showed an interest and picked me up a carbon intake cover which finished it off a treat! 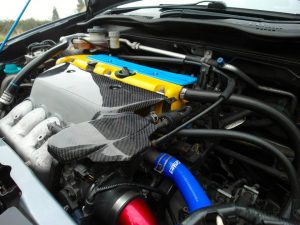 With the list starting to grow, I picked up an AEM long ram intake; it sat just infront of my wheel, drawing up the cold air, I noticed a lovely difference in performance. I bought a set of  V-Maxx springs which definitely gave me the height I wanted. I then adjusted the rear camber with some Skunk2 camber arms. I then purchased the M2 exhaust system which, for the money, was unbelievably well-built and sounded exactly how I wanted it, a deep gargle but soon produced the much needed higher pitch when VTEC kicked in. 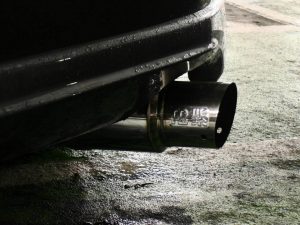 Next was to focus on the outside of the vehicle, so I bought some Rotas, I knew exactly what I wanted The Grid a perfect size which was offered in 17 x 7.5 Et45 in bronze.  Coming to the final touches was the Mugen Rep spoiler, I got the adjustable centre painted black and the sides painted inn the cosmic grey my car already was. The fitting wasn’t brilliant but it was on! I then wacked a few stickers on the car to give it the extra scene points. 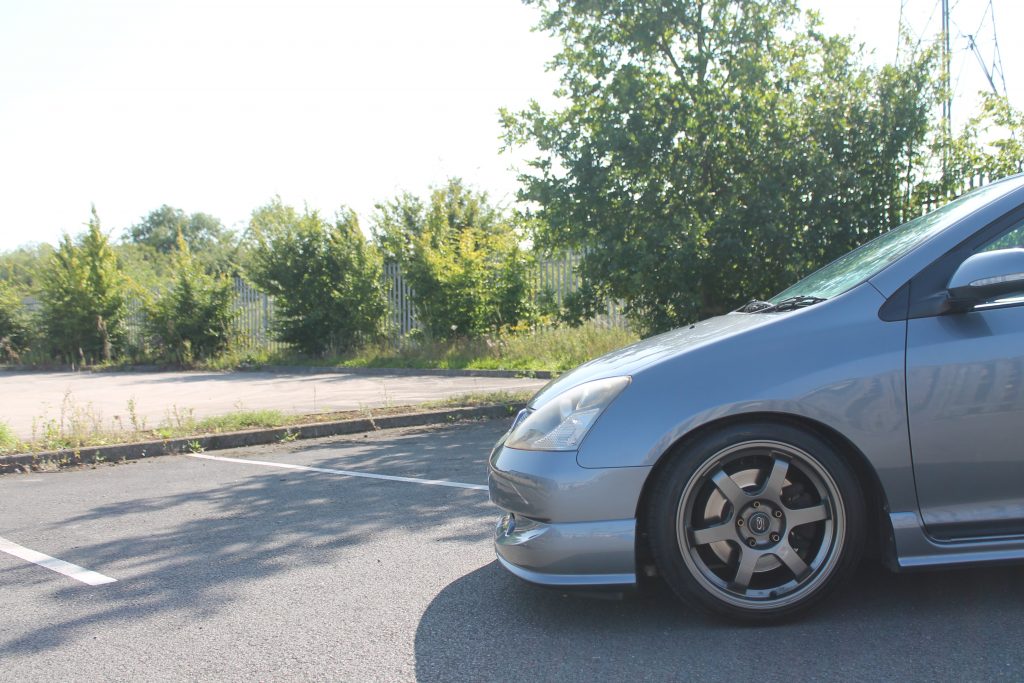 Then an opportune moment, the clutch was on it’s way out so I used this as the perfect excuse to upgrade, I purchased the stage 2 competition clutch and the lightened flywheel, I got it installed and it made a superb difference the biting point was a little bit more on and off and it gave me a little bit more of that “Race car” feel we then stripped the interior I havn’t gone too crazy just the back seats and rear carpet. I didnt think I would get to this point so we will see how winter goes and wether they need to go back in for warmth.

I was pretty much happy with it at this point, but there was a couple of things just teasing me, I wanted some coilovers and some bracing luckily here at POTN we dealt in both, I spoke to UltraRacing UK and saw what was available, We went for the front upper brace across the engine bay and the lower front H Brace they offered for underneath, It stiffened up the chassis considerably I also felt a little bit happier about scraping on bumps as I know it was hitting the brace rather then the bottom of the Civic.

Next was the coilovers I had a good idea what I wanted so again used what I knew and dealing with Bilstein and the reputation they had I got in contact with them and we went for the Bilstein B14 kit, the quality is amazing, It felt more comfortable then when the car was standard, Its a firm kit but it just takes shocks so well and the handling has been a great improvement. 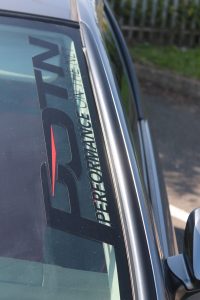 Whats your favourite part of your car?

All of it! But If I really had to choose maybe my spoiler. It gives one of the biggest visual changes, but then I do like my Rotas aswell but then there is the sound it makes, Ahh I dont know. 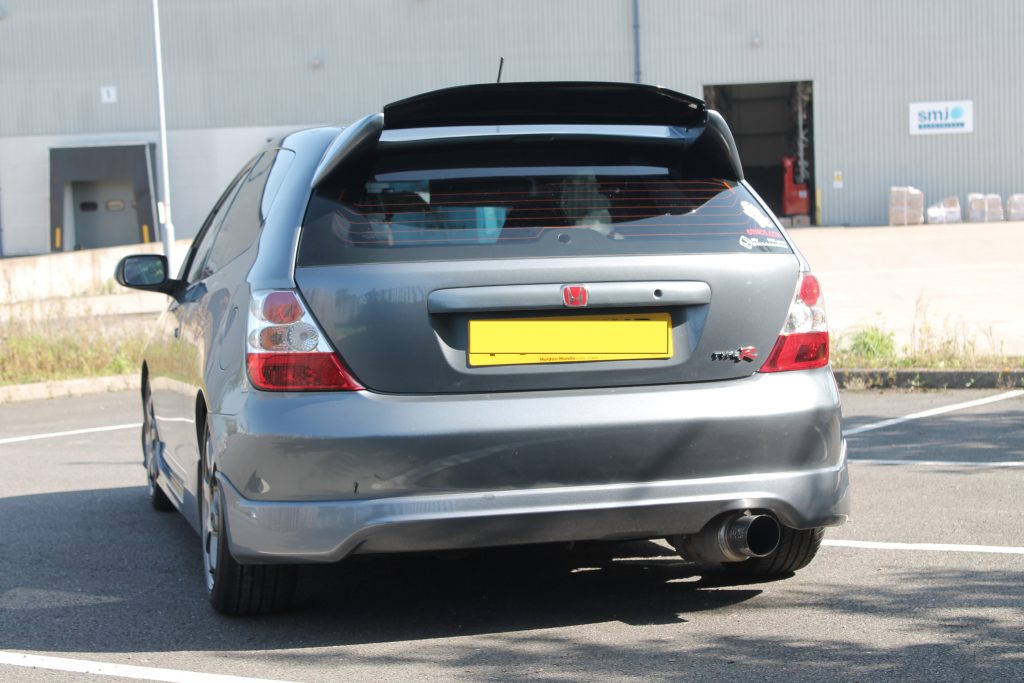 How do you deal with the “haterz”?

I don’t, I cry myself to sleep everynight as I am stuck with the car of my dreams and then the social suicide it caused me, Haha no, It doesnt bother me, I love my car it doesn’t let me down it might be getting old and is definitley not the quickest but it’s fun to drive and I look forward to driving it everyday.

I’m not sure, I would love to say supercharge it or a big turbo or even just to get it mapped, but it’s starting to look a little worn in places. It is a 13 year old car now after all, and I have owned it for coming up to 6 years. It might be time to move on, but the thought of getting a new car is a difficult one, I dont even know where to start looking, maybe a newer type R or something a little bit ledgendary like a GTR but I could be just dreaming.

We got the chance recently to have a look at a Liberty Walk Ferrari 458. The sound. The noise and pressence of this car up to yet is unrivaled in my opinion. This is the car of my dreams.